Bob purchased State Systems Inc. in 1986 with his father, Robert T. McBride, and became the general manager and president in 1999. Prior to that, he owned Zee Medical Service Co. of the Mid-South from 1980 to 1995. Bob spends much of his free time giving back to the community as a board member of the Exchange Club Family Center, the Chickasaw Council of the Boy Scouts of America, SRVS, and the Piperton Industrial Board, as well as volunteer work for The Church of Jesus Christ of Latter-Day Saints.

Graham formally became a member of the State Systems Inc. team in 2004, but as the son of president Bob McBride, he wanted to work alongside his family and grew up helping out around the warehouse however he could. Much like his Uncle Tyler, Graham also started off as a technician and worked his way through the ranks to general manager of the low voltage divisions. He has a Level IV certification with the National Institute for Certification in Engineering Technologies (NICET). Graham currently serves as Vice President where he oversees the growth of our Middle Tennessee and Central Arkansas branches.

Tyler joined his brother and father on the State Systems Inc. team in 1996 as a sales/service technician in the fire protection division. By 2000, he worked his way through the ranks to his current position as general manager of the fire protection division. During his time with SSI, Tyler has earned certifications with Ansul, Pyro-Chem and Kidde, a State of Tennessee license for fire suppressions systems and fire extinguishers, and he is a member and state representative with the National Association of Fire Equipment Distributors (NAFED). In his free time, Tyler is a member of the board of directors and is a past executive committee chair for the Fire Museum of Memphis; an advancement chair for Boy Scout Troop 212 in Arlington, Tenn.; and a coach for youth soccer and basketball.

After 15 years in management at FedEx, John joined State Systems Inc. in 1999 as the director of operations. Currently John is the general manager of the cleaning services division. John has served on the board of the Memphis Restaurant Association for two years. He also managed the start-up of Express Medical Transporters (EMT) Memphis, a St. Louis-based non-emergency and handicapped transport business, with SSI’s president, Bob McBride.

George joined State Systems Inc. in 2015 when SSI acquired ESI Companies, Inc.  For 15 of George’s 34 years of employment with ESI Companies, he served as Vice President over the Healthcare Division.  George has nearly 40 years of working experience from the ground up moving from installation of low voltage systems to service and then supervision and management of a Healthcare Division that serves hospitals in West Tennessee, Northern Mississippi and Eastern Arkansas.  George is registered with Shelby County Code enforcement as a Journeyman Electronic Technician and has passed the Tennessee “CE” Electrical Contractors examination as an Electrical Contractor.  George, in the off, time enjoys hunting, fishing and camping with the family and friends.

In 2015 Jeremy came to State Systems with 10-plus years of experience in the sprinkler industry to head up Sales and Design within the Fire Sprinkler Division. In 2017 He was made General Manager of the Fire Sprinkler Division. He has a Level III certification in Water Based Systems Layout with the National Institute for Certification in Engineering Technologies (NICET) and also holds SSI’s fire sprinkler responsible managing employee (RME) license. 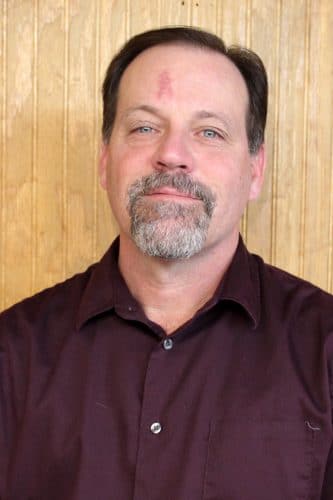 Kenny has worked in the fire protection industry since 1988.  For 16 years, he was involved in projects dealing with wet and dry systems as well as special hazard systems such as deluge, pre-action, and foam.  In 2004, Kenny moved into sales, working closely with architects and engineers, assisting them with code issues and general design concepts for their projects.  In 2010, Kenny accepted a sales position with Dunk Fire & Security to help expand into central Arkansas.  Kenny joined State Systems Inc. in 2016 as a result of the acquisition of Dunk and now serves as General Manager of the company’s Central Arkansas sprinkler operation. 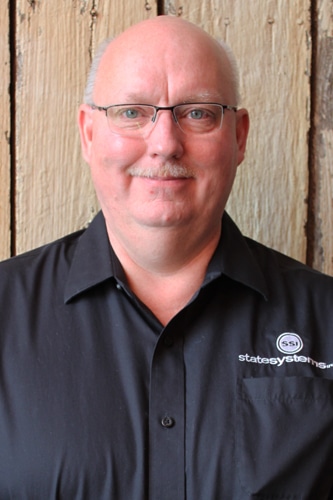 Stephan joined State Systems Middle TN  Columbia Branch in Feb 2017. Stephan  started his career at Grinnell Fire Protection over 35 years ago.  During his career he has served as a designer, sales representative, project manager, construction manager, operations manager, and general manager.  Stephan has a NICET level 3 in water based systems layout, holds a TN  Fire  Sprinkler RME license and is a qualifying agent for a mechanical contractors license.

Terry brought his 30-plus years of experience in the sprinkler industry to State Systems Inc. in 2011 to head up the new fire sprinkler division.  He is certified through the National Institute for Certification in Engineering Technologies (NICET) in fire sprinklers and also holds SSI’s fire sprinkler responsible managing employee (RME) license. 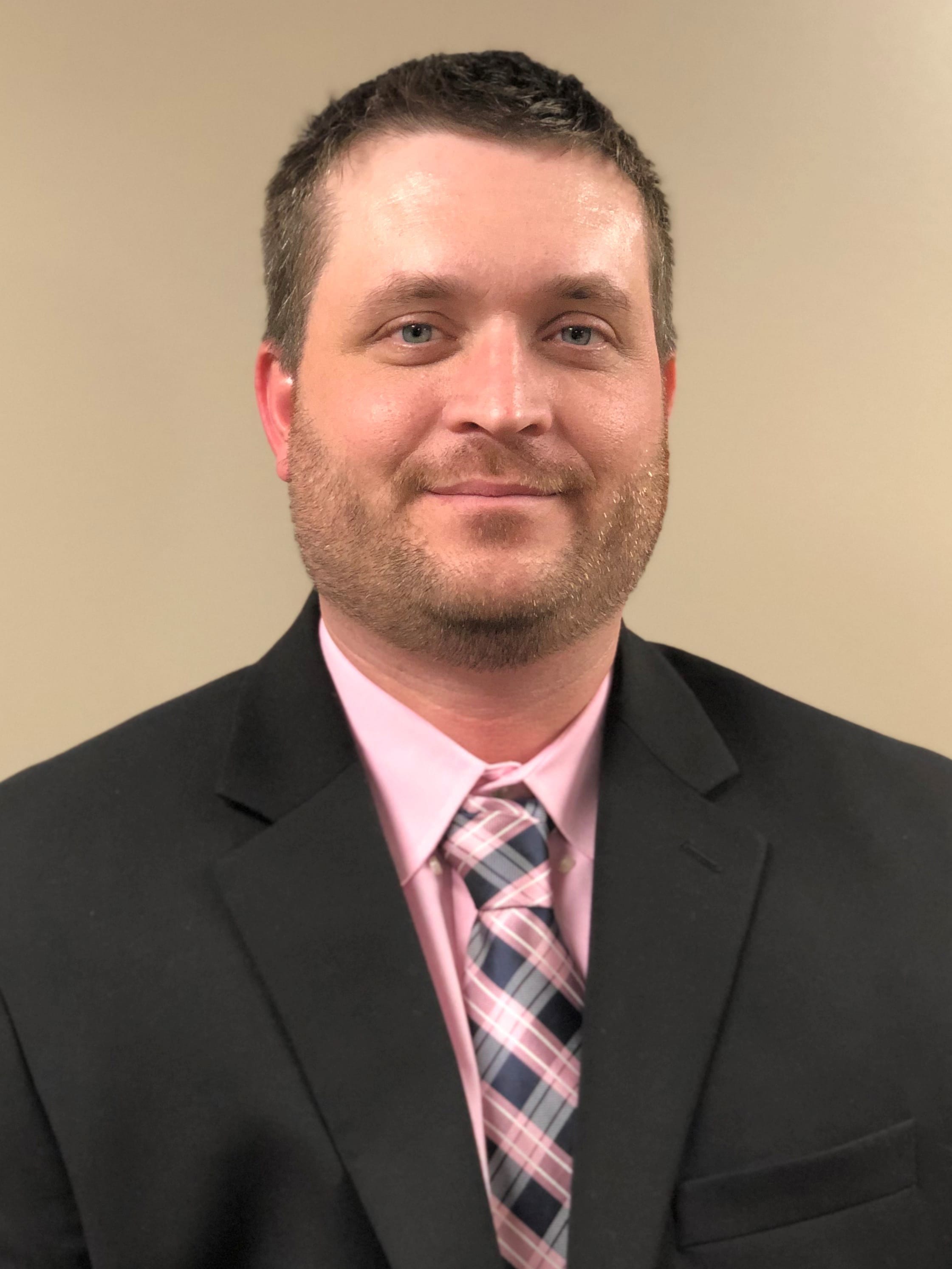 Logan serves as CFO and is responsible for all finance, accounting, and IT functions at State Systems.  Prior to joining the SSI team, Logan served as Controller for BPI and Vice President and Corporate Controller of Fred’s, Inc, a dollar store retailer in the southeastern United States.  In his five years at Fred’s, Logan served as Assistant Controller, Director of Supply Chain & Analysis, and Director of Store Operations & Analysis.  Logan began his career in accounting at CBRE Group, Inc, serving as Real Estate Accountant in the Memphis office for over three years.  Logan received Bachelor of Accountancy and Master of Accountancy degrees from the University of Mississippi and is an active CPA.

Evelyn has worked for State Systems Inc. for 25 years, first as an accounts receivable clerk and then for 15 years as Office Manager, overseeing human resources, payroll, sales and use taxes, and the administrative department. She now holds the position of Human Resource Manager. Previously, she worked as a soft line department manager with Sam’s Club, but when scheduling became a problem, she left for the family-friendly environment she’s come to love at SSI. In her spare time, Evelyn likes to spend time in her garden, go bowling, watch movies, spend time with her family and volunteer at her church to assemble baskets for the hungry and families in need.

Debbie joined State Systems Inc. as a result of SSI acquiring Critical Path Technology in 2006. Prior to that, she was a partner in Point2Point Innovations and director of project management for Sarcom. In total, she has 25 years of experience in the technology field, ranging from operations, controller and P&L management to professional services management, integration management and business development. In her personal time, Debbie is involved at Bartlett Baptist Church, the Women’s Ministry Leadership Committee and the leadership team for The Friendship Project.

Paul’s attention to detail and thoroughness has been unmatched. Projects are 100 times easier with State Systems. We’ve saved a lot of time and money…