Cleve joined the State Systems Inc. team in 2010. Prior to that, he spent more than 10 years with Simplex Grinnell. He also carries more than 20 years of experience in the service industry. In his spare time, Cleve works with the Hernando Desoto Baseball League.

Megan joined State Systems Inc. in 2006 as a low voltage service sales rep. She completed a two-year voice data and video apprenticeship program with Independent Electrical Contractors, the EST Fire Alarm Sales and Application course, and she is licensed in Tennessee and Arkansas as an alarm agent. Outside of the office, she stays busy as a wife and mother of three.

Mike has been a member of the State Systems Inc. team for more than 12 years, with most of that work being in the fire protection division. Before that, he worked for Burroughs/Unisys Corporation as a sales rep and sales manager for 17 years. He holds various certifications from Ansul and Kidde, as well as the National Burglar & Fire Alarm Association level 1 alarm technician certification. He is a member of the Society of Fire Protection Engineers (SFPE), the American Society of Certified Engineering Technicians (ASCET), the National Institute for Certification in Engineering Technologies (NICET) and Central Church in Collierville, Tenn.

Nick joined State Systems Inc. in 2009, after working for 10 years as a superintendant in the residential home building industry. He is a member of the Associated Builders and Contractors Inc. (ABC) emerging leaders, and he is the head coach of the North Mississippi Bucks, a competitive baseball team for 10-year-olds in Hernando, Miss.

Alisa brings more than 15 years of telecommunications sales experience with her to State Systems Inc. She previously worked as an account executive with C Spire Wireless. She sits on the board of the Commission on Missing and Exploited Children and is a member of the Jackson Chamber in Jackson, Tenn., the Greater Memphis Chamber and the Lipscomb Pitts Breakfast Club. 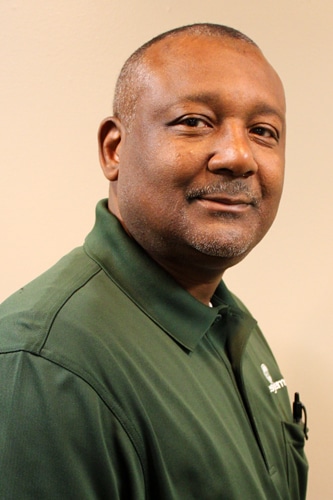 Ike joined the State Systems team in 2018, starting as a fire alarm technician and advancing to sales executive. Previously, he worked as a sales executive at JCI, Inc. He has a level II certification with the National Burglar Fire Alarm Association (NBFFA). Ike served as a board member with the Tennessee Burglar Fire Alarm Association (TBFAA) for 2 years and is a licensed Journeyman electrician. Ike loves to spend his spare time with his family and playing golf.

Thanks for the engaging fire extinguisher training. Everyone I’ve talked with enjoyed the training and learned a lot.